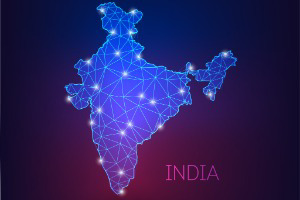 Ranked 34th university in Asia; highly acclaimed for its research in the fields of engineering, Material sciences and technology. Situated in the Northern part of Bangalore.

Boasts of a great academic network plus 40 amazing departments. Occupies 400 acre presidential land mass. Internationally, it is recognized as one of the best universities in the world.

Originally established as an engineering campus in 1961. Currently, it is placed as the 42nd university in Asia, and presently occupies a 325-acre campus. It boasts about 8000 highly competitive students.

One of the reputable institutions of learning in India. This amazing university provides a wide range of Arts, Humanities programs, material Sciences, and staple engineering courses. Indian Institute of Technology Bombay is also regarded as one of the oldest university in the country.

Established in 1958, and presently has more than 10,000 students. Hundreds of people come to Indian Institute of Technology, Bombay both from local and international to study the following academic programs: Computer Science, Material Sciences, Statistics, Mechanical Engineering, civil & Structural Engineering, Art & Design and many more.

Currently ranked 58th university in Asia. Enrolls over 6,000 students annually. Its main focus is Science and Engineering-related courses, plus a selection of courses in Social Sciences, and Humanities. Its postgraduate degree in Business and Management is adjudged one of the best in the whole of India. Indian Institute of Technology Kanpur is ranked one of the best 100 universities in the world. It is ranked internationally in 10 courses including Statistics.

Ranked one of the top universities in India. Established in 1959. Ranked 56th in Asia; situated in Chennai, formerly Madras, and occupies 600 acres. Approximately have over 8000 students, and boasts of great natural surroundings. Ranked globally because its giant strides in mechanical engineering, civil & structural engineering, electrical & electronic engineering and Statistics.

Established in 1951; it is one of the leading technical universities in the country. Formerly, it was established as a formidable institution for the training of engineers and scientists. Ranked 67th in Asia, and located in a serene city, Kharagpur, and spans over 2000 acres.  Globally ranked in 12 courses including Mechanical Engineering, Material Sciences, Civil & Structural Engineering, and many more.

Renowned as a credible institution for civil engineering studies, established in 1847. Boasts of more than 10,000 students. Located in the Northern part of India. Although Indian Institute of Technology Roorkee is focused mainly on engineering, Technology and Science-related programs. It also offers management, social sciences and humanities’ program.

It is one of the best universities in India. Unlike other 7 universities discussed above, university of Delhi does not focus on technical programs. It was established in 1922, and currently ranked 91 in Asia.

Enrolls more than 40,000 students and runs five centers of advanced and professional studies in the following fields’ zoology, sociology, geology, chemistry and history.

Currently, it has over 3000 international students; coming from different countries of the world.

Established in 1994 by the Indian Government, located in the popular city of Guwahati. Performs best in humanities, science, Technology and engineering programs.

It is also ranked among one of the top 300 universities in the world for the study of mechanical and electrical engineering studies.

Founded in 1857.  It is a highly accredited multidisciplinary public university. Situated in the vibrant city of Calcutta. Boasts of more than 23,000 students. Has the best research center in India. Performs best in Nanotechnology and Nanoscience.

Write your comment here with feedback on this article.

Following topic(s) are related to this article.