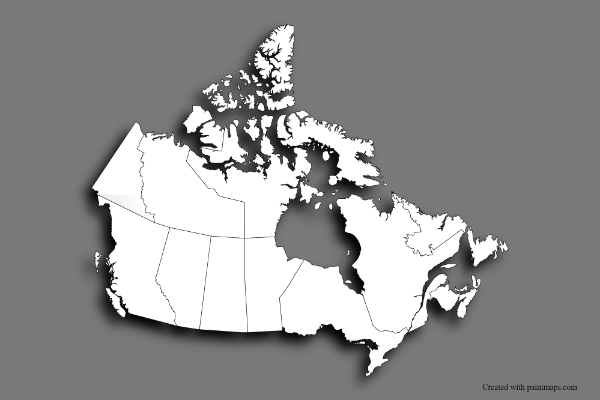 Canada with its great position among world’s leading study destinations has been placed in top 3 of most educated countries in the world. The rate of tertiary graduates is around 54.3% what proves country’s huge academic standards. Canada has 13 provincial higher education systems that consist of many universities, colleges, technical, applied arts and science schools. Educational institutions require paying of tuition fees, which vary by school. If you are an international student, tuition for you will be higher than for domestic students; however, the cost of studies is still less than in USA or United Kingdom. Foreign students can also apply for international scholarships, which are unfortunately very limited. Despite of this, the amount of cosmopolitan students in this country has climbed up to 7.4% in recent years. As Canada carries bilingual status, besides quality schooling you will be also able to gain new or sharpen your current skills in English or French.

Following is a list of 10 top universities in Canada ranked during 2023. Click on a university to find its detailed information.

Following is a list of 7 article(s) related to universities and higher education in Canada.

Tertiary education in Canada is not free especially for international students, but it is affordable compared to the United States, United Kingdom, New Zealand, and Australia. The average undergraduate foreign student pays C$11,903 annually. [Read More]
There are myriads of work permit programs for foreign students. Working in Canada as an international student can open doors of opportunities for the future. International students can work 20 hours a week during academic sessions and full-time or 40 hours during vacation or scheduled breaks such as winter, summer, and spring breaks. [Read More]
The type of health insurance you will get will depend mainly on the province you are going. Every province has its own health care rules and eligibility requirements for residents. So, your duty as an international student is to know the health care requirements of the area you intend going, this will help you to apply for the suitable one. [Read More]
The advantages of studying in Canada are multiple; one of it is that you will enjoy a valuable Canadian work experience both during and after your program. There are also great immigration options for foreign students that have completed their tertiary education programs. [Read More]
New rules for international students have been established in Canada's education system. This is aimed at protecting the country's global academic reputation and to minimize the potential for misuse or fraud of the program. The new rule took effect from June 1, 2014. [Read More]
There are minimal scholarship slots available for foreign students coming to Canada from abroad, although some institutions provide scholarships based on one's academic excellence. If you are schooling here, you can ask your student advisor to see if there is any available one. [Read More]
Canada boasts some of the top universities in the world. They have a level of quality and reputation. Canada has a range of universities, institutions, institutions for technology and advanced learning and colleges of arts. These colleges have a high degree of qualifications. [Read More]